Cities for Bon Vivants: The World’s Most Luxurious Cities

Google defines a bon vivant as a person who devotes themselves to a sociable and luxurious lifestyle. If you have sophisticated tastes and enjoy the finer things in life, you will be interested to know the best cities in the world for indulging in a life of extravagance.

Compare My Jet has analysed 23 cities across the globe, traditionally considered among the most luxurious places to live, to analyse a series of metrics, including the number of five-star hotels and Michelin star restaurants, the quality of the fashion landscape, the high-end shopping facilities available and more.

London Named the World’s Best City for a Luxury Lifestyle 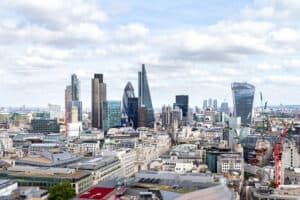 London is the best city for lovers of a luxury lifestyle. The iconic capital is synonymous with the finer things in life, it has the biggest quantity of 5-star hotels by a long stretch with 374 and the second highest number of luxury venues out of all the cities we analysed with 628, placing just behind Paris, which has 630.

Where fashion, art design and culture come together, it’s safe to say the concept of luxury is firmly intertwined – and when the world thinks of London, it almost certainly considers it home to a truly one of a kind cultural scene.

According to the most recent data, the United Kingdom scores 92 out of 100 for its fashion landscape and 90 for art, design and culture, which are amongst the highest scores of all the locations in our list.

Those who commit to a luxury life in London will need to have the funds to accompany it however, as the average cost of renting a one bedroom apartment in the city centre is £1,738.81 pcm, the second highest figure for this metric after New York.

New York, Paris, and Hong Kong Follow London as the Most Luxurious Destinations in the World

New York is the only place more expensive than London for renting, with the average one bedroom apartment in the city centre costing approximately £2,401 on average each month. The Big Apple also has the highest number of Michelin star restaurants (480) but falls just behind London in terms of its fashion landscape and art, design and culture score, with 90 and 88 respectively.

Paris comes third in our analysis and it is certainly the place to go for those with an interest in high end fashion, cultural experiences and luxury events. Paris is home to 630 luxury venues, and scores 96 for its fashion landscape and 94 for its art, design and culture – all three of these figures are the highest out of all the cities we compared in our analysis.

However, the French capital has only 149 five-star hotels, less than half of the numbers in London.

Hong Kong is next in our analysis, topping the scoreboard for the most expensive city-centre apartment purchase price at approximately £24,290 per square metre. This is almost double the cost of the equivalent in London’s city centre, which is around £12,326. The city offers 175 spas and wellness centres, 57 five-star hotels and 347 luxury venues.

Top 10 Most Luxurious Locations in the World: 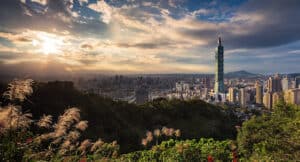 Taipei, the capital of Taiwan, sits at the bottom of our list of luxury cities.

Of all the destinations we analysed, Taipei scores the lowest for its fashion landscape and art, design and culture, with scores of 60 and 58 respectively. The city has only 40 five star hotels and 212 luxury venues.

It costs an average of just £515 pcm to rent a one bedroom apartment in the city centre, which is one of the lowest rental prices of all the cities we analysed.

Interestingly, Taipei has more Michelin star restaurants (246) and spas and wellness centres (179) than Hong Kong, which is the fourth most luxurious city in the world according to our list.

Other locations that didn’t rank that well in our list were Tel Aviv, Oslo and Vienna.

The vibrant city of Tel Aviv, in Israel, known for its religious prominence and historic architecture, has just six five-star hotels and 18 Michelin star restaurants. The cost of renting a one-bedroom apartment in Tel Aviv’s centre is more than double the cost in Taipei, at £1,264 pcm.

However, buying property is slightly more expensive. In Tel Aviv, the price per square metre to buy an apartment in the city centre is £10,901 whereas in Taipei the equivalent would cost £9,308.

Oslo, in Norway, offers just two five-star hotels and 35 spas and wellness centres, which are the two lowest figures for both of these metrics out of all of the cities we explored. It is also the worst location we analysed for luxury shopping, scoring just 59.1. Rental costs for a one bedroom apartment in Oslo average at around £1,116 per calendar month or £1,768 for a three bedroom apartment.

Offering an experience slightly more luxurious than Oslo is Vienna. Austria’s capital city has 14 five-star hotels and 54 Michelin star restaurants. The average price of a city centre apartment per square metre is £6,906 whilst the monthly rent for a three bedroom apartment is around £1,618.46, both of which are just over half of the equivalent in London’s city centre, which would cost £12,326 and £3,416 respectively.

We collected data across ten metrics for 23 luxury locations across the globe – See all metrics below. Each of these metrics were awarded a weighted score, which were combined to give each destination a final index score out of ten.

We then ranked each destination based on their index scores to determine which were the best for people seeking a luxury lifestyle.

Previous Post: « The Best Holiday Destinations for Every Life Stage
Next Post: The World’s Most Entrepreneur-Friendly Cities »