The World’s Most Entrepreneur-Friendly Cities

Entrepreneurship is a challenge regardless of where you are based – but there are certain factors associated with different locations that can make it more difficult to launch and grow a successful business.

Compare My Jet has researched the top locations for entrepreneurs, based on a series of metrics including annual GDP growth, corruption levels, financial stability, GFCI rankings and more.

Singapore Revealed as The World’s Most Entrepreneur-Friendly City 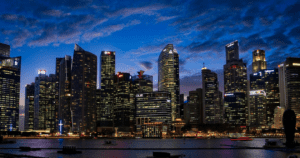 If you’re an entrepreneur looking for the perfect location to pursue your next business venture, there’s no better city for you than Singapore.

Singapore ranks fourth on the GFCI 30, making it the fourth most competitive financial centre in the world according to the annual report’s evaluation of the competitiveness of the world’s major financial centres. Singapore is also considered to be low risk for international business.

This business hub is also the least corrupt out of all the locations we analysed, scoring 85 out of 100 – the closer a country scores to 100 the less corrupt it is.

The level of economic freedom Singaporeans have is the highest of every location in our analysis, with an index score of 90. This means the people living here are free to take economic actions and engage in business with anyone they choose to.

Geneva, Amsterdam and Frankfurt are Amongst the Most Entrepreneur-Friendly Cities 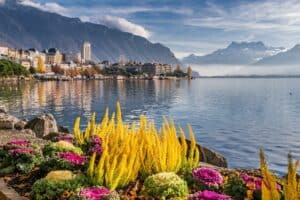 Geneva in Switzerland comes in second place. The city’s corruption score of 84 makes it one of the cleanest locations on our list, second only to Singapore with 85. In addition to this, Geneva’s annual GDP growth is -2.4% and Switzerland is low risk for international trade.

Following behind Geneva is Amsterdam. The Dutch capital has a corruption score of 82, which makes it the third least corrupt country overall. The Netherlands is also a low-risk country for international business and has an economic freedom score of 77.

Fourth on the list is Frankfurt, Germany. As well as ranking 14th on the GFCI 30, Frankfurt also has the third-lowest new business density level of 1.36, which shows there is plenty of room for new businesses to succeed.

The Top 10 Most Entrepreneur-Friendly Cities in the World 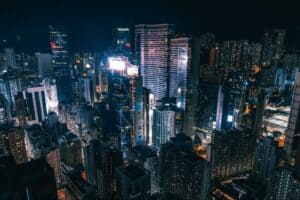 According to our analysis, Hong Kong is the worst business hub of all the countries researched for entrepreneurs.

The Chinese special administrative region has the highest new business density figure of all the countries in our analysis with 19.22, which could indicate a highly saturated market with lots of competition for new entrepreneurs to overcome.

Hong Kong is also the only location our research found to be considered sensitive for international business and its annual GDP growth rate is -6.1, indicating a level of economic volatility which could impact the profitability of future business ventures.

Shenzhen, Beijing, and Shanghai Are Some of The Least Entrepreneur-Friendly Cities in the World 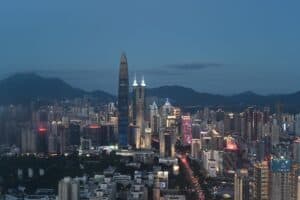 Ranking slightly better than Hong Kong are Shenzhen, Beijing, and Shanghai – some of China’s largest and most populous cities.

Country-wide, China has an annual GDP growth rate of 2.3%, the best figure for this metric of our entire list, which all three of these business hubs can benefit from.

However, China is a medium risk country for international business and has an index of economic freedom score of 58, the lowest level out of all the countries researched. It’s also the most corrupt country we analysed, scoring 45 out of 100 This means entrepreneurs are more likely to have their business growth affected by an unfairly competitive market, and are at an increased risk of being extorted or involved in bribery. Corruption also damages public perceptions of a business which discourages financial investment as other parties become reluctant to be involved with a potentially corrupt business.

Shenzhen ranks 16th on the GFCI 30 index, whilst Beijing and Shanghai rank slightly better in 8th and 6th place, respectively.

The Ten Least Entrepreneur-Friendly Cities in the World

For entrepreneurs, the location you choose to launch your venture can have a significant impact on the direction your business grows. Each business hub offers a variety of unique benefits and potential pitfalls for business owners.

With that in mind, entrepreneurs should ensure they choose a destination that aligns best with their business goals and objectives.

We collected data across ten metrics for 20 business hubs across the world – See all metrics below. Each of these metrics was awarded a weighted score and these were combined to give each destination a final index score out of ten. We then ranked each destination based on these scores to determine which were the most entrepreneur-friendly.

Previous Post:Cities for Bon Vivants: The World’s Most Luxurious Cities
Next Post:Dream Jobs for Jet-Setters You Didn’t Know Existed