Flying Commercial vs Private: Which Is Most Cost-Effective For Luxury Travel?

From a fully catered flight to landing closer to your destination, luxury travel has a range of perks. These benefits, however, can come with a hefty price tag – but can some locations be more cost-effective than others when paying for luxury?

To investigate which locations offer the most cost-effective luxury travel, Compare My Jet has researched how much it costs per mile to fly privately vs. first-class to the most popular long-haul destinations from the UK.

To calculate this, we used the same departure airport (London Heathrow) for all flights, as well as the same date (one-way) for a fair comparison. For private flights we also considered the price per person when split between 12 people, the average number of passengers a private plane can host.

Below are the top 10 best locations to fly to first class when considering the cost per hour of the flight. 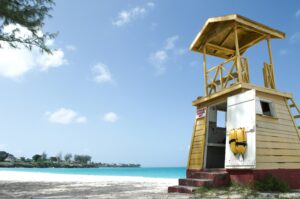 Kingston, the capital and largest city of Jamaica, is the most cost-effective city to fly first class to from the UK according to our research. Though the flight duration is long at 24.4 hours, this works out at a cost of just £91.90 per hour.

The second most cost-effective first-class flight destination is Bridgetown, the capital of Barbados. This island city is also located in the Caribbean, meaning the flight duration is similar to Kingston, but the cost per hour is slightly higher at £175.17.

Phuket, located on Thailand’s largest island, comes in third with a shorter flight time than the Caribbean locations, and a cost per hour of £229.94.

Mexico also makes the top 10 with two cities on the list, though its capital Mexico City is slightly more expensive to fly to per hour (£418.97) than the beachside destination of Cancun (£396.61).

We’ve broken down the cheapest destinations to fly first class, but what about if you were to charter a private jet? Here are the top 10 destinations offering the cheapest private flights, analysed by the hourly cost per person.

Destinations in the United States make up the majority of the top 10, with six US cities making the list. Washington DC ranks as the most cost-effective city to fly to via private jet from the UK; the cost per hour to fly to the US capital is £12,384.12, which is almost half the price of the most expensive city, Vancouver, where a private flight will set you back £22,673.79 per hour.

To make private travel to Washington even more cost-effective, flying as a group and splitting the price between 12 people reduces the cost per hour to just £1,032.01 per person. If you’re planning a luxury holiday with friends, or even a business trip, it’s worth keeping this in mind.

The other US cities in the top 10 are Chicago, Orlando and Miami, with Miami being the most expensive destination in the top 10 list at £17,245.05 per hour for a private flight (or an hourly cost of £1,437.09 per person when split between 12 people).

Our research revealed that when splitting the cost between 12 people, a private flight to New York is actually cheaper than a first-class flight.

Although the overall cost per hour of a private flight to the Big Apple is initially much higher, however, when this cost is split between 12 passengers it actually works out cheaper than flying first-class, with each person saving as much as £165.88.

This nearly £200 saving makes taking a private jet to New York much more cost-effective than a standard first-class flight.

Although New York is the only destination where private air travel is actually the cheaper option, that doesn’t mean it isn’t still worth considering going private for a flight to other top 10 locations like Boston, Washington, Montreal or Dubai. These destinations offer the lowest cost differences for upgrading to private, and the added cost comes with many perks.

Plus, it could save you precious time – and as we all know, time is money. A private flight to Boston is on average 4.6 hours shorter than a commercial flight, and that’s not even taking into account the time saved by avoiding long airport queues and potential delays.

Although flying private and flying first class both provide a more luxurious and private experience, private air travel offers many benefits that are hard to match. 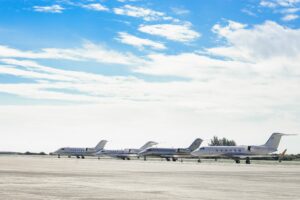 For further information about private air travel check out our guides on more affordable ways of renting a private jet or semi-private flights.

To find out how flying privately compares to flying first-class for all of the most popular long-haul destinations from the UK, take a look at the table below.

Leading countries visited by residents of the United Kingdom (UK) in 2019* in 1,000 visits: https://www.statista.com/statistics/578815/most-visited-countries-united-kingdom-uk-residents/

The first page was scraped to find the average length of duration and average price. Date: 29/08/2022. First-class was selected.

The Names Most Likely To Fly Private
Next Post:Private Jet Etiquette: 18 Rules & Things You Need To Know